Last September, Tricky released his “most darkly moving music in years” (Pitchfork), the critically acclaimed album Fall To Pieces. Now he announces a remix EP with contributions from Trentemøller, Kahn, LA Timpa and Lafawndah. Four artists known for their own trademark production styles recalibrate and incorporate Tricky’s music into their own sonic terrains.

“I was very honoured when Tricky asked me to remix “ Like A Stone “ as I’m a huge fan of his work - and it’s a really great song! I only used his and Marta’s vocals and build up an entirely new song around them, focusing on a melodic and mystical vibe.” - Trentemøller 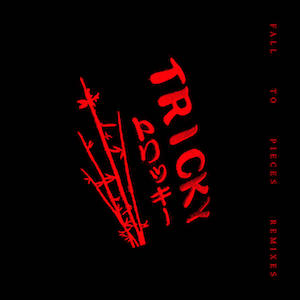